Whitney Wolfe Herd is 31 years old and the youngest CEO to have taken a company public in the United States. By taking her company – the dating-app “Bumble” – public she became a self-made billionaire.

However, Wolfe Herd’s success story has not been straightforward. It’s full of ups and downs. So, let’s take a closer look and see what there is to learn from a woman who has become a billionaire in her 30’s.

Whitney Wolfe Herd was born in Utah and went to university in Texas, majoring in international studies. After her graduation, she joined Hatch Lab where she started working on what was later to become the dating-app “Tinder”. As one of the founders, Wolfe Herd became the vice president of marketing. In 2014, she resigned from the company due to the increasing tension between her and one of the co-founders.

In the same year, she filed a lawsuit for sexual harassment against Tinder. A move that wasn’t well-received in the tech-world and the media. Still, at the end of 2014, Whitney Wolfe Heard received more than US$1 Million as a settlement, moved back to Texas and founded Bumble – a dating-app where women take the first step.

Let’s Take a Closer Look at What We Can Learn From Whitney Wolfe Herd:

This lesson might sound quite obvious, but it really is essential. Even if life throws obstacles in your way, don’t forget to dream big. Wolfe Herd might have felt like the whole tech industry was against her after she left Tinder under such difficult circumstances, but she didn’t give up. She started moved to a new environment, and she started again.
➝ Not giving up is easier said than done, but if you want to reach your goal, don’t let yourself be discouraged from what might be in your way on the road to success.

2. Believe in yourself and your idea

If you come to the conclusion that things need to change, be the change. Believe in your idea on think about what you can do to improve the situation. Wolfe Herd grew up in a conservative area in Utah and had different experiences with toxic relationships in the past, so she wanted women to have better dating experience by them being the ones to take the first step.
➝ Believing in yourself and in your ideas will be one of the most important things on your way to the top.

3. Don’t let men tear you down

As a woman you will most likely already have made the experience that some people, which often are unfortunately men, might doubt your capability to do certain things. Maybe, you will also have experienced someone talking down on you simply because of such things as your gender or your age.
➝ Don’t let people who are stuck in a misogynistic or outdated mindset stop you from exploring your full potential. The right environment and the right people will find you as long as you keep working towards your goal. Don’t be afraid to take a leap when you are stuck in a toxic (work) situation.

What are your thoughts on Whitney Wolfe Herd’s story? Let me know down below and make sure to check out our other posts. If you want to find out how I made complete new friends in Bumble after moving to a new city for work, make sure to read this post! 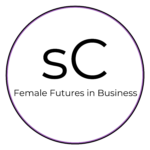